It is never too late to enter to the Chinese Market


The small music heard in Europe on the lesser attractiveness of China does not correspond to reality. It is now one of the most innovative countries in the world. An Accelerator experience feedback. By LiWang, executive committee member of Accelerator and support of SME financing After our trip to China, we had predicted a big blow fatigue. I never felt myself as much driven by the enthusiasm and full of energy. With our promotion of ETI selected by European chamber of commercewe discovered from inside the great champions of the new Chinese economy, like Alibaba, Baidu, Xiaomi. We met French who succeeded. Intense and rich week for these French entrepreneurs from seeking new growth drivers and inspiration to accelerate their path.

In Europe , there is this little music on the lesser attractiveness of China: slower growth, corruption, rising wages, complex partnerships, market saturation by local producers ... Behind it lies a different reality, namely the deep processing and fast in China. 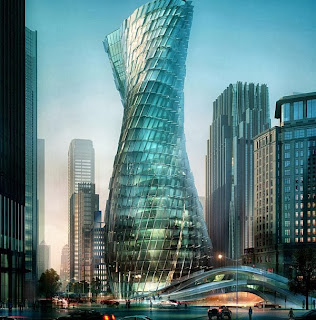 One of the most innovative countries


Finish the image of a low cost countries, China is now one of the most innovative countries in the world having developed the first quantum eg satellite. Done focus on industry: China is already the largest manufacturing country in the world, but today services account for over 50% of GDP and 630 million Internet users grow the digital transformation of the economy. Outdated model of large public conglomerates linked to the Communist Party, which drastically reduce their numbers, but instead to a new generation of private entrepreneurs self-made men who have understood the message of Deng Xiaoping! "Enrich yourselves" with success stories to rival the larger global giants including all powerful GAFA.

Chinese high boiling so beautiful and growth drivers for our French companies if they seize this favorable context.

Why put China in its business plan?


China already accounts for 15% of global GDP. She aspires to become the first economy in the world between 2020 and 2025 and is progressing with a wise opportunism towards this goal. No doubt she will succeed. Because if China's growth is down, it reached nearly 7%, a dream for all countries of the old continent! The Chinese market goes even deeper. ain asset: the size of its middle class. With 110 million people, it has surpassed the American middle class that was the global benchmark for consumer goods. Demographers announced it will double in 2022 ... Not to mention the rural areas which are untapped consumers. It is not too late to sell products in China!

Innovation and digitalization are the core values ​​of the conquest of China. The consumer king dictated: BtoB has given way to BtoBtoC. 630 million Internet users play a key role in the digital transformation of business models. The Chinese have developed e-commerce faster than Americans. Large private champions are primarily digital success stories. In China, the digital is not an option. It is the market. Branding and marketing are the key words. Chinese companies excel in this "Art of War" commercial. The Americans and the Germans too. We have a lot of room for improvement.

China & How to progress?


Dispel the image of France "romantic", friendly but unreliable. further enhance our innovation and affirm the differentiating our products. Emphasize the premium character, creativity, strength and safety of our products. Know also make themselves visible in a market as huge as China. All this requires a major investment in marketing and branding that SMEs and French ETI abandoning too often. That being said, we have huge advantages: the French Touch is already present in the imagination of the Chinese consumer. There is no reason why it remains the prerogative of big luxury groups. We are in the top 3 worldwide in the tourism industry. Our expertise interest. Our SMEs and ETI have family brands steeped in history, territories and are part of the long time. Our industry is one of the most productive; it is innovative and diversified. But all this is not enough marketé. So let us work on our brands and our commercial speech. So learn to demonstrate the excellence of our products - do not take for granted. And let us adapt our offer to the local market when necessary.

Network strength Finally, the network strength proves the most effective accelerator. In Chinese affairs, we must first invest in people: start with "waste" time, meet the key interlocutors of its market, build personal relationships. While the networks of immense value are open to you, and deals to secure by force of confidence. Now the French network is insufficiently exploited: the French Tech has understood, and federates around her French startuppers Beijing and Shanghai. It consolidates the French Tech brand in China. The French Touch French and Fab are also there, but scattered and inconspicuous manner. Playing on the marks and use the strength of these networks would be considerable assets.

Sun Tsu wrote: "This is when we have certainty that we lose the war." The final review of China lived. China is in itself a process of transformation. Of course, we must surround sound advice, inquire about his partner protect its intellectual property. But China offers a highly dynamic market of consumers that we must learn to understand and seduce. Failing to meet the market, it will feature transposable ideas outside China. Smaller discussions lead to great results. Small streams make great rivers. ETI accelerator planted his seeds in China. Produce all the French network that will conquer the Chinese market.