EuroEyes boosts its visibility and credibility in China

Education in China , the most lucrative Business according to this Young Billionnaire

At first glance, Charles Chen Yidan resembles many Chinese entrepreneurs. He helped build a successful Internet platform called Tencent Inc., which manages China's largest instant messenger, WeChat, and he became a billionaire at the age of 40.


But Mr. Yidan, now 45, is still doing something relatively rare among Chinese companies People: He gives much of his wealth. It created the most lucrative annual award for the development of education in the world and donated US $ 320 million for an endowment.


Each year, an independent board of the Yidan Prize Foundation will award two awards for research and development in education. Each recipient will receive approximately $ 5 million, or $ 2 million in cash and an investment in the winner's project. The first prizes will be awarded next September. 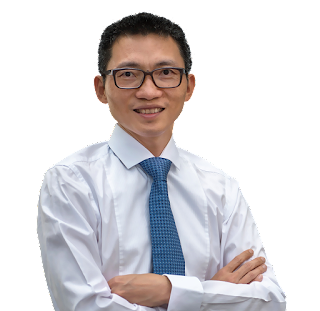 Mr. Yidan and representatives of the Foundation met with universities and organizations from around the world, including the University of British Columbia and Simon Fraser University, to encourage appointments. Mr. Yidan said his hope is to fund the best ideas from anywhere on how to improve education.

"We are undoubtedly looking for the best cases among Canadian universities because Canada is a great country in terms of education. You have a tremendous experience, "Mr. Yidan told an interpreter at a recent stop in London where he met with representatives from University College London, Oxford and Cambridge. Canada's education model is quite successful, its educational model is well known and attracts many Chinese students and also students from Asian countries.Second, Canada is a multicultural country and has shown particular characteristics in education, In English and French.

Mr. Yidan is among a growing number of Chinese business people who have embraced philanthropy, something he recognized is still rare in China. He is already deeply involved in the causes of education in China, supporting a private non-profit university, Wuhan University, on a variety of educational reforms and working with a public school in southern China To develop new ways of teaching children. "For me, education is extremely important," he said. "It propels humanity, but also it will be a tool to solve the problems society is facing ... Despite the fact that different countries have different systems, if you talk to educators, they talk about some problems Common.
As for philanthropy, Yidan said China does not have the same tradition for corporate donations or large individual financial donations as North America or Europe, but helping others is part of his culture. "No matter if you look at Confucianism, Taoism and Buddhism, they all advocate being nice to people, doing good things for others. We have a saying that if you do good things to others , You will accumulate virtue for yourself, which will ultimately be rewarded.This means not only monetary contributions, but also your behavior, your attitudes toward others. "
He added that business people are increasingly involved in philanthropy. "Over the last three decades, due to openness and reforms, economic growth, I think it has come back and the whole level of society is high, consciousness and behavior of the military contractor is back.
Her interest in education stems in part from her grandmother, who, although illiterate, assessed learning and pushed her grandchildren out the door every day to go to school near Shenzhen, Where Mr. Yidan grew up. He went to a local university and got a civil servant job at the inspection and quarantine office out of Shenzhen entrance.
It lasted only a few years before a group of friends from the university invited him to join their startup company, Tencent. WeChat now has more than 840 million users, who not only chat, but also use the service for banking, purchases and donations to charities. It has become so large and dominant that it has attracted the attention of Chinese officials who, according to experts, have developed a sophisticated management system to censor messages.
Mr. Yidan said he believes that countries can learn from each other when it comes to education. He noted that while the Chinese system emphasizes literacy and mathematics, "a coin has two sides."