In 2013, under the pressure of the impact of the slowdown of the economy, the government’s anti-corruption policies and emergence of e-commerce, the convenient stores are continued to enjoy double-digit growth and become fastest-growing retail sector with a growth rate of 19.5 percent on average in 2013, higher than the slower growth of department stores and hypermarkets.

Market growth led to fierce competition, despite the rapid expansion of convenience stores, profits and the scale of business, convenience store brands are relatively low. The reports show that among 176 brands in the 26 cities, more than 10 brands compete in large cities.
High rents have become the biggest hurdle for convenience stores in major cities such as Beijing and Tianjin in the quest to open new stores for Seven-Eleven (Beijing) Co Ltd.
Having focused its Chinese business on closing money-losing locations, Japanese convenience store chain Lawson plans to open 180 stores, five times the 2013 level. In 2012 and 2013, Lawson kept openings to around 40 stores a year while it shut down more locations to improve profitability amid rising rents. Lawson will have 550 locations in five Chinese cities by year-end. It fell behind rivals Seven-Eleven Japan and FamilyMart, which have around 2,000 and 1,100 locations in China, respectively. 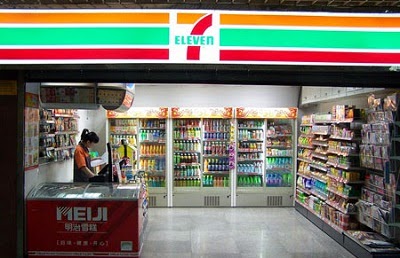 According to the Deeply Research and Development Analysis Report for the Chinese Anticorrosive Timber Industry in 2014 – 2018, supposed by CIRN, the consumption in China has already been up to 500 million cubic meters, with almost 40% imported. By 2020, the demand of timber in China will amount to 800 million cubic meters, and the external dependence will increase to 50% more or less.

In the modern market economic condition, in order to establish and develop long-term exchange relationship with customers, the enterprises must pay attention to the consumer behavior, therefore, not only to have knowledge about how consumers access to products and services, but also need to understand how consumers consume and deal with the products.

The main body of Chinese consumers

Under the influence of globalization and consumerism culture, a new consumer culture is formed in China. The middle class, whose income between 60,000 Yuan and 500,000 Yuan annually, become the main body in the development and guidance of the new consumer culture. And by 2013, the population of the middle class has reached to 1.197 million, almost 60% of which are between 30 years old and 50 years old.

Electronic business in the timber industry

In the timber industry, the consumers access to products and services mostly by the electronic business, especially the public websites, such as the www.wood-china.com. Otherwise, the enterprise also should be aware of consumers purchase decisions, to know well about the roles of each participantplays in the decision-making processes.
Ø   The initiator: first thought or proposal to buy a product or service
Ø   The influencer: whose views or opinions have directly or indirectly impact on the final decision.
Ø   The decision maker: to be able to buy the product or service, and partly or finally decide what to buy, how much to buy, when to buy and where to buy.
Ø   The buyer: The actual purchase.
Ø   The user: Direct consumption; use the purchased products or services.

1.      Along with the increasing regional tariff, the customs clearance costs have risen sharply.
Part of the timber cannot be exported in the form of logs,the wood needs more processing in the exported countries, which will increase the operation costs, relative to the domestic producers. Otherwise, along with the increasing labor costs, the wood developers will have to pay more in the procurement costs, which will influence the price of timber and make the domestic producers have the advantage of price.
2.      The foreign governments continue to increase the control on the production and material policy.
In the foreign countries, more and more governments start to strengthen their timber management policies, including a ban on work-in-process timber being exported. Moreover, the future policies of timber exportation will be more rigorous and frequent, directly affect China’s import volume, and contribute to the development of domestic producers.

1.      The effective supply of China’s forests is limited.
2.      Limited by the geographical position. E.g. Most of the tropical hardwood lumbers and the needle logs can only rely on imports in order to meet the domestic demands.
3.      The negative impact on Chinese market from the international market.
4.      The appreciation of the RMB, make the export situation difficult.

1.      The development of the real estate industry, which makes the demand of timber in China continue to rise.
2.      China’s urbanization speeds up, which promotes the demand of timber in China and contributes to the development of timber industry.
3.      As a result of the 18th National Congress of the Communist Party of China, the state will continue to implement the macro-control policies, which is followed by stabling growth, adjusting structure, and increasing efficiency.

1.      Continuing market regulation policies for the real estate industry.E.g. The Notice about Continuing to Do a Good Job in the Real Estate Market Regulation, which has been put forward when the Five was still in its high time, clearly stipulates the time schedule for the control of target house price, the scope of implementation for the restrictions and the second-hand housing taxes and fees. It also highlighted that 20% income tax would be required when selling personal ownership of his/her own house.
2.      In 2014, as the demands in American market trend to cold, better return can be gained in the Chinese market, thus the foreign timber flooded into China recently. During the first quarter, the import of logs and lumber has been increased by 31.67% and 18.46% respectively. However, the fact was that the Chinese real estate projects have been postponed, thus the demands in Chinese domestic market didn’t catch up with the volume imported, which resulted in the huge inventory of logs, more than doubled. As the demands of lumber in American market was still weak, the inventory of lumber in Chinese market continued rising up to now.
3.      The slowing demand for hardwood in Europe is going to have a negative impact on Chinese demands for hardwood, as the exportation reduced.
4.      The world economic crisis is still working.