Cloth & Apparel is a huge booming market in China. every Brands know that but ... how to enter, how to sell and how to increase your awarness ?


For years, they made household cotton products - from pot holders and oven mitts to dish towels - to napkins - and exported them to the United States and Europe. More recently, they have been trying to modernize their product lines in the 40,000-square-meter factory in the southern Guangxi region, adding recycled cotton shopping bags and emoji-shaped pillows to help keep their business fresh. attract more customers. However, rising labor costs and weak growth in international demand left Pan with no choice but to sell the company to a larger national textile manufacturer in the hope that new capital would allow it to stay afloat. 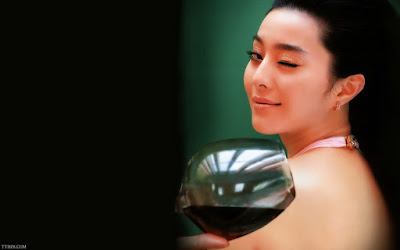 "I do not see any future to continue selling these low value products," said Pan, who has been attending the Guangzhou show for more than a decade. The show, which runs until May 5, is the oldest and most important event in the country focused on exporting.

Chinese textile and clothing manufacturers are currently suffering a painful industrial restructuring. Although the country remains the largest exporter of clothing in the world, with huge production capacity, excess supply at home, high labor costs and increasing protectionism, all these factors have eroded its competitiveness.

Pan's corporate brochures for the show over the years reflect the changes in the industry. Six years ago, the slogan was "Be proud of Made in China", while last year was "Environmentally friendly and low carbon cyclical development". This year, a pamphlet was created to announce the liquidation of stocks.


How to Sell Clothes & Fashion into China:

China's market share in value in the global textile and apparel industry fell from 38.6% in 2015 to 35.8% in 2016, with a downward trend in major apparel importing regions such as as the United States, the European Union and Japan. Since 2014, exports of Chinese textiles and clothing have declined sharply, from around USD 236 billion in 2014 to USD 206 billion in 2016, according to the World Trade Organization. Chinese customs data showed that exports of clothing and accessories fell 0.4% from 2016, while textile exports grew at an annual rate of 4.5%. At the same time, labor costs in China have steadily increased. The minimum wage in the south of the capital, Shenzhen, is about 336 USD per month, more than double the rate of some Southeast Asian countries. Struck by the restructuring of the sector, some of the biggest clothing brands have struggled to make profits and obtain financing. Revenues have been falling since 2015 at Fuguiniao, a Hong Kong-based manufacturer of footwear and men's clothing. The company recorded a net loss of 10 million yuan (1.57 million US dollars) in the first half of last year. this year, and he accumulated debts of at least 3 billion yuan.

Analysts say Chinese textile and apparel manufacturers are at low risk of the trade war between the two countries. Because they export so little to the United States compared to other sectors, US brands are starting to diversify their supply sources. A survey conducted last year by 34 executives of major US fashion companies revealed that for the first time, fewer US brands are turning to China to buy products, even though the country remains the primary destination of supply sector in the world.

Branding is the Key

WeChat is super popular in China, and the top priority Marketing Channels for Brands in China


"US fashion companies do not" put all their eggs in one basket "and the most common pattern of supply shifts from" China Plus "to" China plus Vietnam Plus ", according to the US Fashion Industry Association . the poll. The survey reveals that for many American brands, one third of their products come from China, one third from Vietnam and the rest comes from other countries. But Sheng Lu, an assistant professor of fashion and clothing studies at the University of Delaware, said that "made in China" products did not lose their price competitiveness because of the overall efficiency of the chain of supply.

"It is also important to recognize that China is playing an increasingly important role as a textile supplier for garment-exporting countries in Asia," said Sheng. According to Sheng's research, Bangladeshi textile imports from China, expressed in value, increased from 39% in 2005 to 47% in 2015, and similar trends have been observed.

In fact, when I lived in China, I rarely used cash or cards, my cell phone was the substitute (using my Wechat or Alipay wallet). If you are thinking of selling clothes to China, online platforms are the perfect place. So what are the most popular online platforms in China?

Although there are companies of comparable size that will grow in the next few years, the two largest online platforms are: 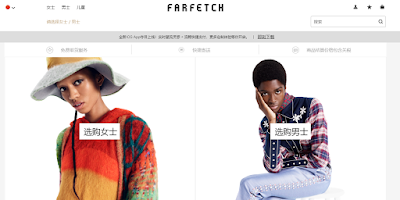 Farfetch, Secoo, Ya MaTou and Suning are other websites that are on the rise and you should not neglect. What to consider when selling clothes on Tmall Global If you plan to sell on Tmall Global, you need to understand how to set up a store and what the costs are.
Read everything on ecommerceChinaagency


Investment to integrate this plateform

Prepare to deposit $ 25000 and pay an annual fee of about $ 10000. In addition to this, you must add a commission of 0.5 to 5% (based on the sales value). For more information on your product, I advise you to search for the latest updated information on the Tmall official office ).
Requirements when selling clothes on Tmall Global If you have decided to sell clothes on Tmall Global, you must meet different requirements depending on the type of store you choose.
Below, I listed the types of stores you can choose and the requirements:

Distribution is changing with EBusiness plateforms

You can also now start to sell via Distribution Ebusiness plateforms to connect Brands with Distributors
End of the Traditional Distribution channels. Read this Article 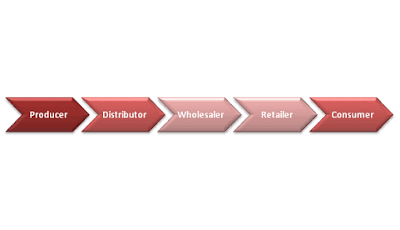 It is never too late to enter to the Chinese Market